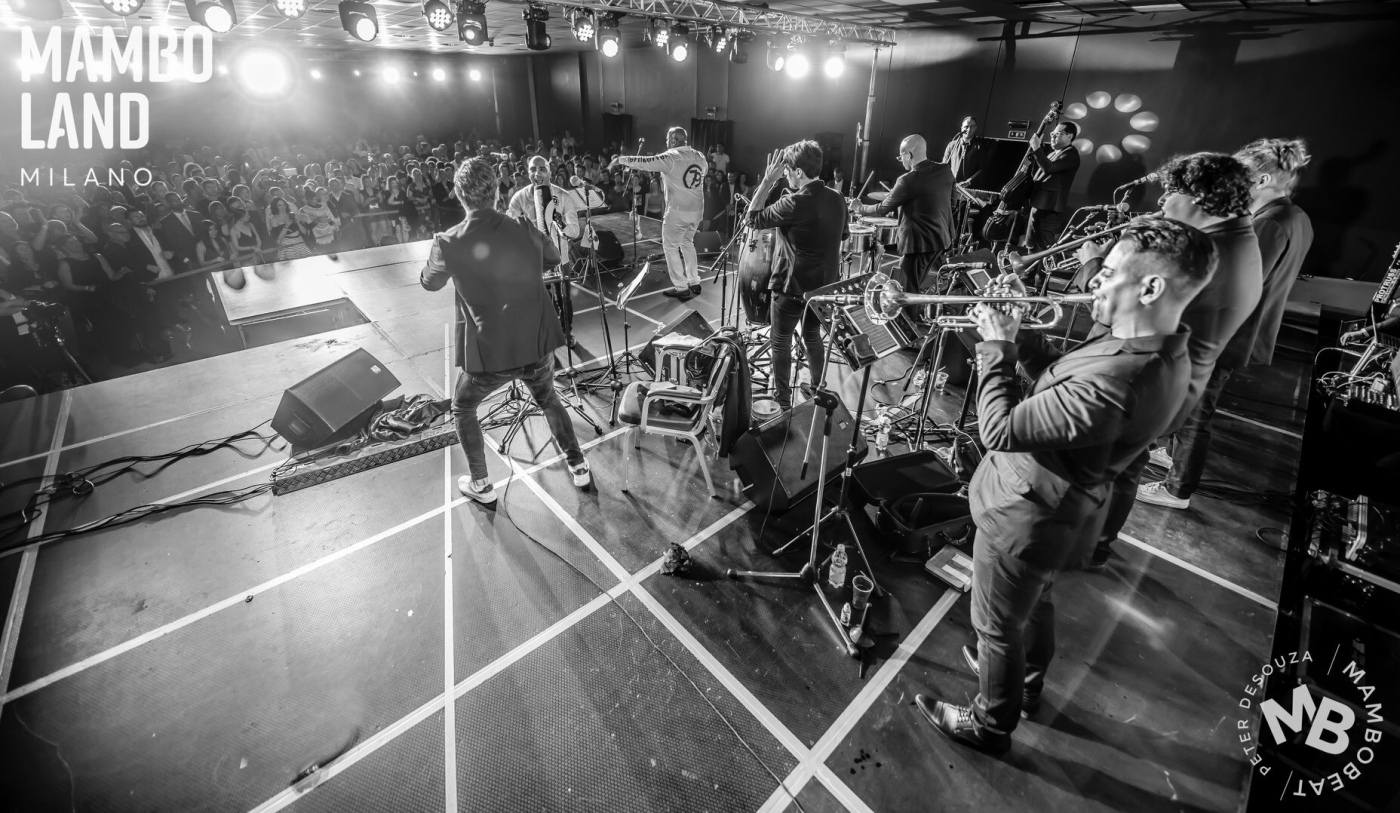 Can’t hide it… We love La Maxima 79 and it was our great desire to interview them. Maybe next time… 😉 as now our discussion with Fabrizio Zoro became at once very interesting, rhythmically switching to cover all subjects.

I read in an interview that when you were in your 20’s, you used to listen to house music… When did you get involved in salsa music?

I started dancing for a girl. I was engaged to an Italian ballroom dancer, one of the best in Italy, and we lived in London. She was giving private lessons and at first I was sitting in a corner watching. Little by little I was taking my first steps and after a while I was addicted. Every night I was in a Latin club, Monday to Monday.

When did you get the idea of creating a salsa band?

I listened to a lot of music from Puerto Rico and Peru and as a DJ I found the sound very clear compared to the salsa of the 70s. On the other hand, I loved the salsa of the 70s because it was noisy, it had a street style with “sabor” but without many adjustments by computers and in the 60s-70s only those with a “voice” could sing. Unlike today that everybody can sing.

In 2002 and 2003 I felt that all salsa songs sounded similar to each other, and I thought that “one day I would like to create songs with the 70s style but with modern mixing and mastering”.

It is an attempt to revive the golden era of salsa, with fresh sounds but the style of seventies.

How many members are there you in the band?

We are 13 on the stage and 1 mixing engineer.

At the same time, are you continuing your career as a DJ?

Yes, I am resident DJ in several clubs in Milan, and in various events as a guest DJ. In Milan we have a lot of clubs and you may thing that it is easy to be a DJ. But it takes years of experience to know the right song at the right moment.

What is it like to be a DJ in a city full of artists?

It is not easy, it is like a jungle, but I have a lot of years of experience as a DJ and this is the advantage that we have in La Maxima 79…  to recognize the mood on the dancing floor. My first song was a Cha-Cha-Cha just because at that moment no one was dancing Cha-Cha-Cha. And it was a success!

From your experience as a member of the Band and as a DJ, what do you notice in parties and festivals?

Another fact is that even though most of the people start dancing in order to connect with others, but after a while dancing becomes a way for them to do tricks and styling, or to create “stories” on social media.

Nevertheless, 15-years ago it was more fun, but now there are more dancers of Caribbean music and that is always good.

That is true, and we notice that during the last years salsa has expanded to Asia too. La Maxima 79 will be in Bangkok for the second time. What impression do you get from Asian audience?

I love Asia because it is obvious that you can see they have a lot of fun and they love to dance salsa. This reminds me of the European audience 20 years ago.

They are having fun, they are educated and they are always smiling. I love, love, love to be in Asia.

Isn’t it extraordinary that salsa is getting revived and expanded in a way that no one could imagine?

Yes, and this is what Inglesia Rumbera brings as a message, that there are no religion differences, Salsa is the only religion that unites people. Thanks to internet and social media, salsa doesn’t have frontiers.

Is it true that you are a bachatero?

I love Bachata, and I collaborate with many bachateros like Marco Puma and J-Style as a producer, and with Dani Jay we made a new salsa song.

And as we notice Bachata fans are growing rapidly…

Modern Bachata is growing because it is like pop music now. A lot of people are listening to bachata, especially the new generation. A lot of DJs choose bachata songs because there are a lot of remixes. These remixes are helping the bachata world to grow. On the other hand, ‘traditionalists’ don’t want salsa to be remixed…

What do you mean? Salsa world doesn’t want to change?

‘Traditionalists’ don’t want salsa to be remixed and we are in a transitional period. In 2002 there were less salsa dancers, but they had more fun. Now there are a lot more dancers, and it seems that every dancer can teach salsa or own a dance-school, even though they do not have a lot of musical or teaching experience. The same goes for DJs. Everyone can be a DJ as long as they have a laptop and a salsa and bachata chart. For this reason people don’t enjoy salsa.

Is there promotion from the Mass Media?

In my personal opinion only bachata has succeeded that promotion with Romeo Santos and Prince Royce. Dani J will be the next one.

Salsa is not promoted in mass media and we are waiting for a messiah. I think this is a lost battle and I don’t predict a massification of Salsa for the next decades. I understand that mass media need financial results in order to promote Salsa. When you search Reggaeton and Bachata on YouTube you find millions of views, in contrast to Salsa. And this is the fact. 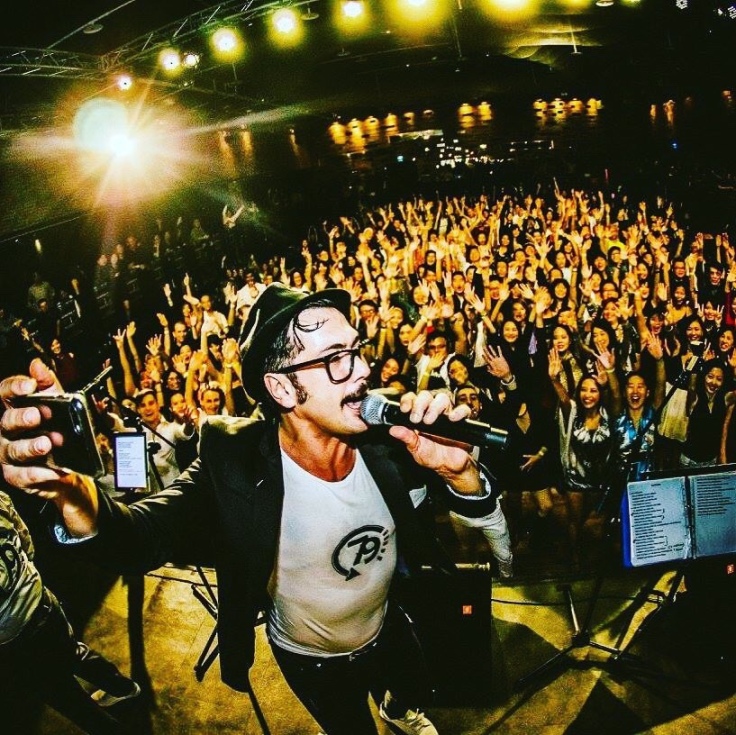 You sound realistic but you do own a production company, correct?

Yes, iLatin is the name that I onw together with DJ Alexio from Turin.

But La Maxima 79 release songs free on YouTube, is that right?

We upload our songs on YouTube and we make sure that the songs are on a good quality. Of course, the quality is not the best, as it is if you buy them, but the idea behind that is that we want people to get to know our songs and start asking for them from DJs or ask managers to organize live concerts.

There is one good and one bad thing about that; the bad thing is free access, which means that anyone can download our music (illegally). But without YouTube there wouldn’t be such thing as La Maxima 79. It would be extremely difficult to promote our music worldwide otherwise.

What do you think about the European Salsa scene at the moment?

It is going up, there are a lot of bands like Salsa Celtica, Croma Latina and Ricky Campanelli. I think the moment is good and it is time for salsa music to grow. We all have to follow our dream and also follow what the dancers want.

Do you think that Europe could become what the US used to be for Salsa in the ‘70s?

Yes, Europe invests more in Salsa, while the US labels invest in urban music like Bachata and Reguetton. A great name of salsa, the “New Swing Sextet” is producing a new record with us in iLatin.

I wish you to become the new Fania record label…

{laughing} Thank you so much … this is a dream, maybe we can call it…  “Itania”

Would you like to send a message to the Greek audience?