In our recent discussion with Vassilis Stamatiou, we asked him to share his 5 most favorite songs plus an album that he would suggest us to have in our music library. When you are a collector and an expert for the last 30 years, to make this selection sounds almost impossible. It was a tricky question.

He started listening to salsa music in 1988, when no one knew anything about it in Greece. According to Vassilis, finding vinyl records at that time was a difficult task, one should search in record stores down town Athens for scattered pieces; more specifically, either at Jazz Rock which once imported something like 200 albums or at Pop Eleven which had some pieces, some of those never released on cds.

In 1991 Jazz Fm started broadcasting, being on-air only from 10.00 pm to 06.00 am at first and 1,5 year later it occupied the radio frequency fully. Vassilis made his first radio shows between 2.00 am and 3.00 am, playing the first albums from his private collection. Until 1996 when the radio station was shut down, he had acquired 1000 albums.

Along with these first shows, he also made his first postal orders from London and New York, where he had to receive a list of records by fax and make a selection blindly, without knowing the albums until he listened to them for the first time in his record player.

It was an active process to search what to listen to, to read about the musicians of each album, to learn who is responsible for the orchestration.

But it was also a time where fans where cultivated, one became a collector, went to concerts, followed the band and its work, while of course music could be the main topic of discussions among friends who shared the main passion. As time passed by, Vassilis became a well known radio producer at Kosmos Fm and his collection overpassed 4000 vinyl records.

That’s why it’s was a tricky question: selecting 5 songs and an album from this load of music, is not an easy task!

For your music library Vassilis suggests: 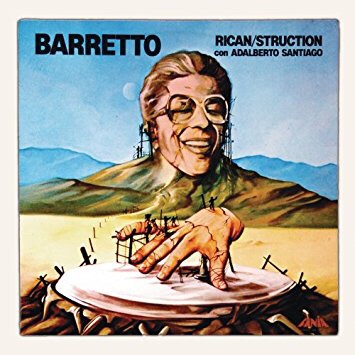 Here you can listen to 10 songs of his selection: